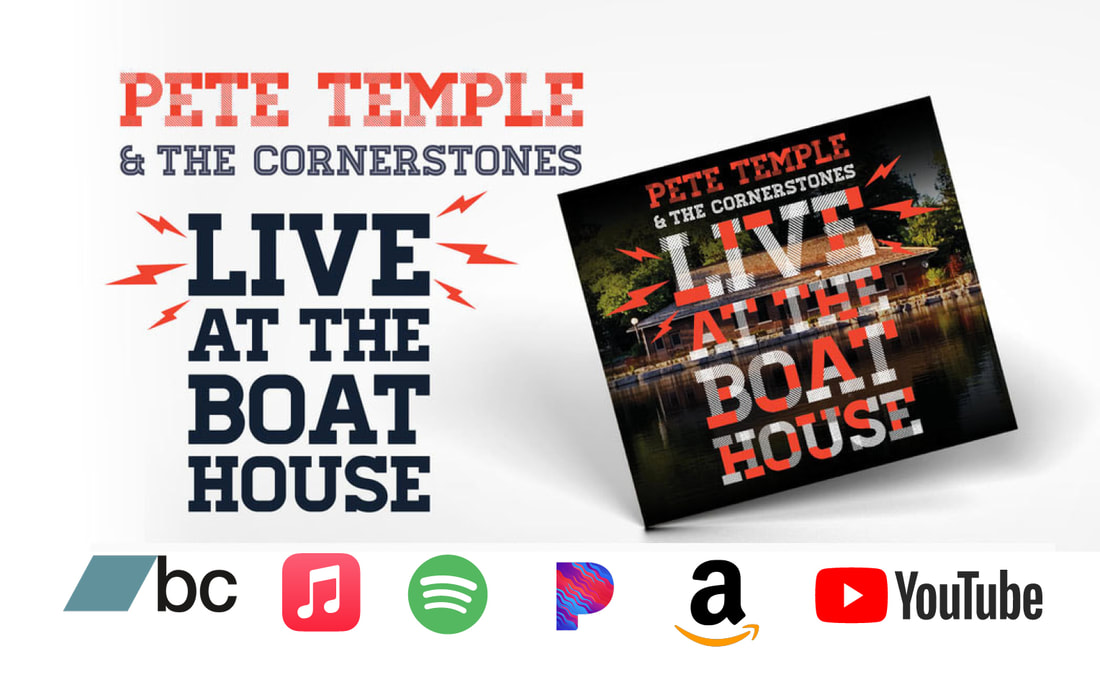 NOW AVAILABLE TO STREAM AND BUY!

Pete Temple is a singer-songwriter, blues harmonica frontman, and multi-instrumentalist with over 50 years of experience. Pete created a recognizable style focused around the 3 T's of Technique, Tone, and Taste. In addition to having an expansive appreciation for different musical genres, acquired while learning guitar, bass, drums, and trumpet. This provided a solid understanding and passion for creating music that fuelled and developed his sound.

However, his music career took a different priority, while raising his family. Pete continued to develop his artistry by attending and participating in music festivals and musician's open mic nights. All the while quietly practicing his craft, listening to the recordings of his favourite artists. Fifty years of hands-on learning with a focus on roots rock-styled music would naturally steer his approach towards Blues, Old School R&B, Soul, West Coast Swing, and Rock and Roll.

In 1989 after a successful career in advertising, he decided to put down new roots in Kitchener, Ontario, Canada, when the community was preparing for blues and jazz-fusion guitarist Mel Brown's arrival from Jackson, Mississippi. Mel Brown was highly accomplished and internationally known among the world's blues, and jazz greats, who identified an opening, and new future for himself in Kitchener. So the timing couldn't have been better, as Pete watched the surrounding music scene explode with Mel Brown's arrival and Kitchener becoming the home of the Blues in Canada.

New Music
October 2021 marked the anticipated delivery of "Pete Temple & The Cornerstones Live at The Boathouse." Recorded live off the floor at a once thriving and socially significant music venue in the centre of Kitchener, Ontario, Canada. This widely respected concert stage was known to have hosted some now-famous musicians. But at the time, lesser-known aspiring artists (local and from afar) happily released their CD's, and some played for free drinks, food, and low money. They cut their teeth, shaped their songs, and found acceptance in the welcoming applause, and the overall great ambiance of this now-defunct but notable music venue.
​
Recorded in March 2018, "Live at The Boathouse" is unique and does not take long for the listener to appreciate. This recording quickly becomes a showcase for the comparable level of musicianship heard in the overall talent of Pete Temple & The Cornerstones. It becomes obvious how they have learned to play music with big ears in their preparedness for any sudden shift during live performances.

Pete's original song, "What Is The Blues," clearly serves as a perfect example of his respect for the music and take on the subject. In addition, his choice of material is thought-out, allowing each track to flow seamlessly between originals and the handpicked cover songs chosen in support of this live recording.​

About | EPK Toronto born Pete Temple started trumpet lessons at 9 yrs of age. Then learned guitar at age 14 and was self taught. His 1st harmonica was purchased at 16 yrs old after discovering British Blues, as an off shoot of the main Beatles, Stones, British invasion. The Yardbirds, Eric Clapton, Fleetwood Mac, John Mayall, and Jeff Beck, led him to discover the originators of amplified harp in Chicago Blues. Little Walter, James Cotton, Carey Bell, Howlin Wolf & Paul Butterfield were major influences in these early years. READ MORE
MORE INFO / EPK

Listen in to some of Pete Temple Sample Tracks